Tips for Sighting the Aurora Borealis, or Northern Lights

Northern Lights, or Aurora Borealis, are bright dancing lights that appear over the magnetic poles of the northern hemisphere.  They are electrically charged particles from the sun that collide against gaseous particles as they enter the earth’s atmosphere.  Colors include green, pink, red, blue, and violet, although pink and green are the most commonly seen.  The color variation is due to the type of gas particles that collide with the charged particles.

To view the Northern Lights, one must visit Northern Canada, Alaska, Greenland, Iceland, Norway, Sweden, or Finland for the best results.  There is also Aurora Australis which occurs by the Southern Poles around Antarctica, Australia, New Zealand, Chile and Argentina.  However, the lights are not seen year round.  Typically, the lights can be seen from September through April, but you have a better chance in November to February.  Winter provides the best viewing conditions, under dark, clear skies.

I have seen the Northern Lights twice.  I went to Fairbanks, Alaska in mid October of 2010  and went to Reykjavik, Iceland mid September 2016. When I was in Alaska it was for a college swim meet and we were strictly forbidden to stay up late or wake up to see the Lights.  So, I definitely set my alarm, and met up with almost all my teammates on the hotel balcony around midnight. We were in the city, although Fairbanks is not very large.  It was still pretty cloudy out, but there was a green light in the sky!  It was something where I definitely counted it as “Seeing the Northern Lights” but I wasn’t quick to brag about it.

When I had the opportunity to go to Iceland, I was stoked at a chance to really see the lights.  This was also super early in the year, and I knew it was a slim chance, but I wanted to try.  I looked at weather forecasts, and found the optimal viewing spots from the city, making lists of websites that predicted when the lights could be seen.  Only one of the days that we were there, the lights were visible.  The lights in Iceland at the time were better than the lights in Alaska, but this could be due to a number of factors.  Optimal viewing times range from 10 pm – 2 am local time, with your best guess at midnight.

Two websites that I found to help you plan your spotting, are from The University of Alaska, Fairbanks and from the Icelandic Met office.

The first website looks at the cloud forecast to determine if you will be able to see the lights and is updated daily.  The second website rates the lights for how intense they will be, along with how likely you will be able to see them, again updated daily.  Don’t be afraid to ask locals too!  We were lucky enough to have been on a tour all day, and our guides told us that the skies were supposed to be clear enough to see them.

Your best chances of seeing the Northern Lights occur outside the city, but we’ve been told there are nights where you can see the lights out your windows in Reykjavik.  If you have access to transportation or are staying in the country, you should see the lights really well.

If you would rather partake in a tour, you can also pay to do this in any tourist city.  There are Northern Lights Tours where they drive you out to an optimal viewing spot outside the city, and most likely provide a beverage.  If the lights aren’t available when you book, you have an option of getting a refund or going out another night.

To give ourselves the best chances while staying in Reykjavik, we took a bus to the Grotta Lighthouse although I read that Seltjarnarnes was another good possibility from the city.  It was cold and windy where we were, so come prepared for this! I was not disappointed with what we saw!  The lights were amazing.  It was sort of cloudy when we first got there, but as the clouds parted, the lights came out and just wavered between the stars.  They move in a flow, as if drifting in the ocean, and I loved watching the stars twinkle through.  The lights would also come and go, growing fainter and then brighter.  On this night, the only color we saw was green.  You had to be patient, especially as we showed up before midnight which is the best time to look, but it is well worth the wait.

To take pictures, you have to have a camera with which you can slow down the shutter speed.  My Iphone 6s, and hero 3+ GoPro, could not do this.  Even trying to catch the lights on video was not possible with either device.

I think it is possible to buy apps on your phone to change your shutter speed and take higher quality photos.  However, if you socialize with a friend or network with a stranger, maybe they’ll send you the pictures they took.  I was lucky enough to harass a friend for his.  All my photos shown were taken by Tyson Dale.

Planning a trip to Iceland?  Check out my latest post, What’s With All the Hype About Iceland?!

Have you seen the Lights?  Tell me about it!

8 thoughts on “Tips for Sighting the Northern Lights” 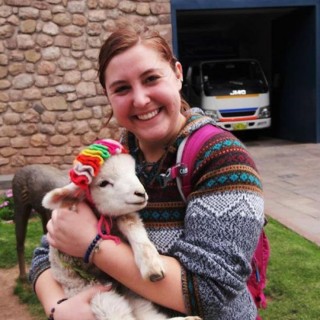